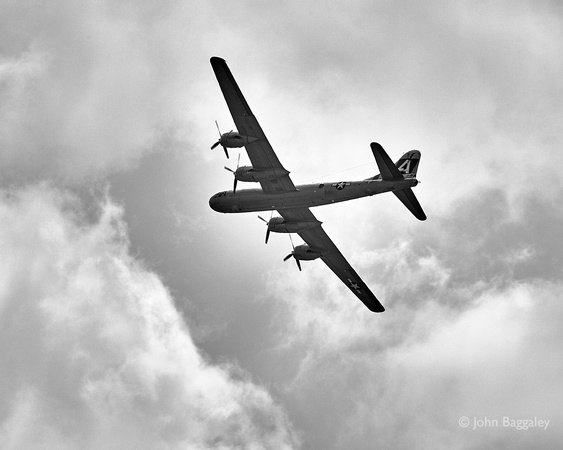 A Boeing B–29 Superfortress flies in the Arsenal of Democracy Flyover, which occurred over Washington, DC, on May 8, 2015. This plane flew as part of the fourteenth formation of the flyover, the "Final Air Offensive" formation. According to the Washington Post, the Boeing B–29 was "A long-range heavy bomber that entered active service toward the end of World War II. One of the largest aircraft of its time, the B-29 was used in the nuclear attacks on the Japanese cities of Hiroshima and Nagasaki in 1945.", May 7, 2015.