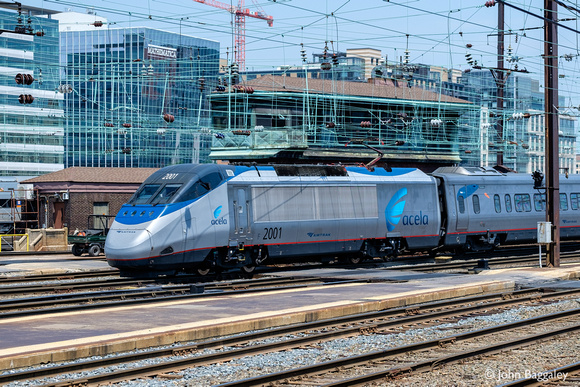 Trainset #2001 is a Bombardier Acela Express (usually referred to simply as "Acela"). Acela is Amtrak's flagship and high-speed rail service along the Northeast Corridor. Acela trains are the fastest trainsets in the Americas; the highest speed they attain is 150 mph (240 km/h) in revenue service. Acela trains use tilting technology, which helps control lateral centrifugal forces, allowing the train to travel at higher speeds on the sharply curved Northeast Corridor without disturbing passengers.