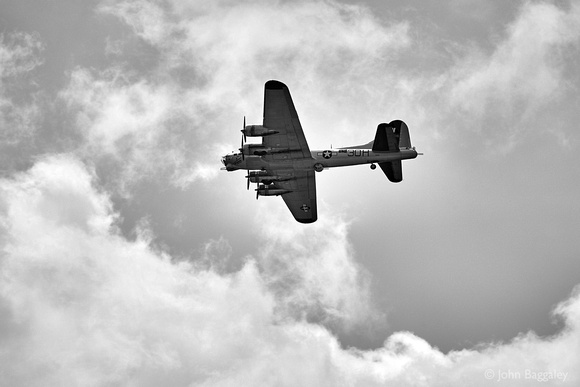 A Boeing B–17 Flying Fortress flies in the Arsenal of Democracy Flyover, which occurred over Washington, DC, on May 8, 2015. This plane flew as part of the ninth formation of the flyover, the "Big Week" formation. According to the Washington Post, the Boeing B–17 was "First used in combat in 1941 (though prototypes were flown before then), the B-17 is one of the most famous bombers ever built. This aircraft was pivotal in the destruction of Germany’s industrial fabric and the allied victory in Europe.", May 7, 2015.