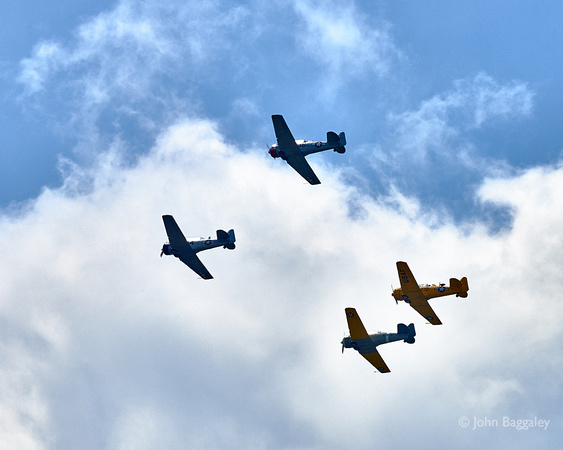 A fleet of North American AT-6/SNJ fly in formation as part of the Arsenal of Democracy Flyover, which occurred over Washington, DC, on May 8, 2015. These planes flew as part of the first formation of the flyover, the "Trainer" formation. According to the Washington Post, "Army, Navy and Marine pilots learned how to dogfight and shoot in this single-engine advanced trainer, which also saw 'action' in Hollywood movies about World War II, standing in for Japanese aircraft.", May 7, 2015.